Catalysing Change Week | 1–5 May 2023
Changing the Narrative: Local Solutions for the Global South

Catalysing Change Week 2021 by the Numbers 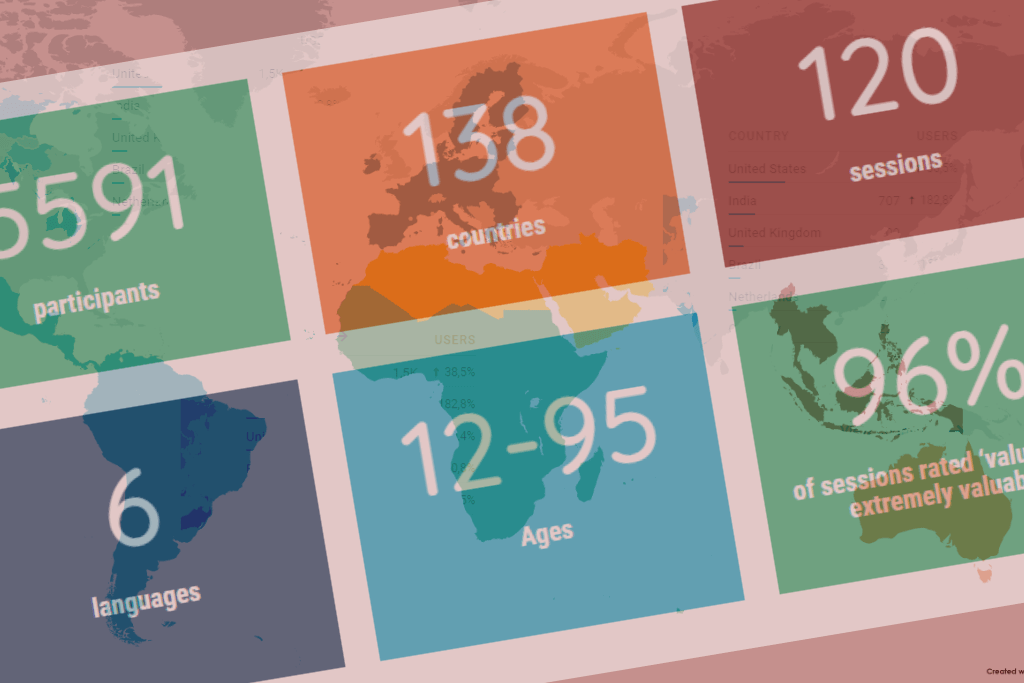 Catalysing Change Week (CCW) 2021 brought together experts, social innovators and private sector and government representatives to showcase projects, engage in dialogue and learn to understand one another better.

We raised awareness of outstanding systems change practices in the field and their potential to bring about change to achieve the Sustainable Development Goals (SDGs). Our impact reached beyond statistics and paved the way for real, systemic change across the globe. As we head towards CCW2022, we want to reflect on the power that you, our members and allies, unlocked in 2021.

CCW2021 ignited new collaborations between members and key stakeholders and also strengthened existing projects. The impact this unlocked is demonstrated in the foundational work and creation of some incredible initiatives.

Catalyst Market brought together SME practitioners, private sector organisations such as Shopify and multilateral trade organisations, such as the World Fair Trade Organisation (WFTO), to test the idea of a co-created e-commerce platform for social enterprises to catalyse a regenerative economy. Uniting leading systems change thinkers, funders and social entrepreneurs led to the concept of The Catalyst Hub, an innovative funding mechanism that accelerates their positive impact to find solutions to the world’s most pressing problems. This platform will be launched at CCW2022 to highlight the power of our members and their allies to ignite change.

High level partnerships were formed and commitments from key stakeholders were gained, while CCW2021 also provided a crucial space to make connections that lead to manybi-lateral and multilateral collaborations. For example, We Love Reading met partners who have been critical to starting the process of scaling up organisations in India.

Given the diverse nature of participants, in terms of age, location, sector, and expertise, CCW provides the favourable space in which to meet prospective collaborators. Several Catalyst 2030 collaborations were formed or strengthened as a result of simply networking during CCW.

We can’t wait to see what action our global movement of social entrepreneurs, innovators, and funders are able to catalyse this year. By building partnerships across sectors and connecting key stakeholders at a national, regional, and global level, the foundation is laid for another year of catalytic collaboration for systems change. Together, we can harness the power of the collective to achieve the SDGs by 2030.

Collaborations initiated or strengthened by CCW